MG Motor India is all set to introduce its third model, the MG Hector Plus in the Indian market. The company has already confirmed the start of production of the Hector Plus for India. The new MG Hector Plus once launched in India, will be offered in both six and seven-seater configurations.

The Hector Plus is essentially a slightly extended version of the Hector, its five-seater sibling. The Hector Plus will come with a number of changes, to both its interior and exterior, to help differentiate between the two models.

This includes updated grille, headlamp, taillights, boot-lid, and a few other cosmetic changes as well. The most important change is in the cabin, with the Hector Plus featuring a third-row of seating.

The second-row will come with either bench seats or individual captain seats, depending on the variant.

Similar to its five-seater sibling, the MG Hector Plus will also be powered by the same engines with identical power figures as well. To reiterate, this includes a 1.5-litre turbocharged petrol unit producing 140bhp and 250Nm of torque and a 2.0-litre diesel, churning out 173bhp and 350Nm of peak torque. 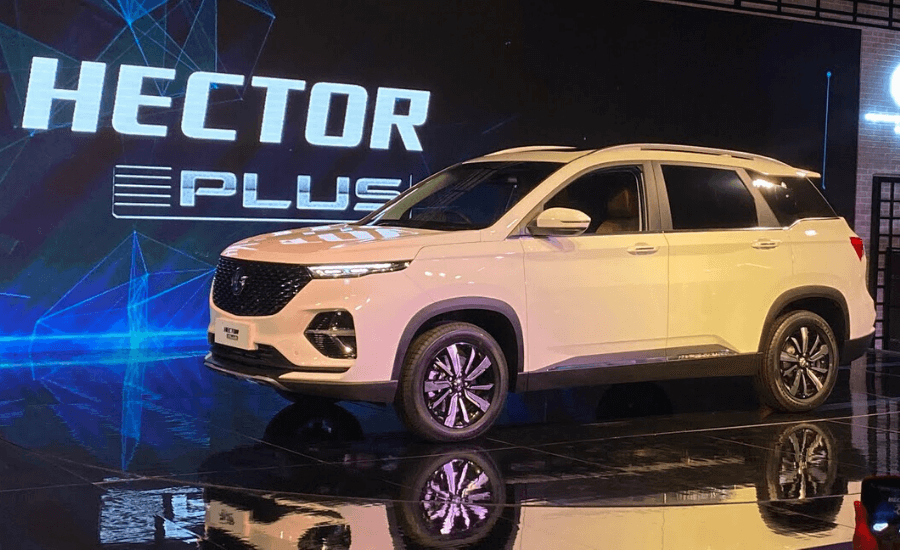 Both engines will be mated to a standard six-speed manual with the petrol receiving the optional seven-speed DCT transmission as well.

The Hector Plus will also be equipped with a host of features and equipment. This includes premium upholstered seats, latest-gen iSmart connectivity technology, automatic climate control, cruise control, steering-mounted controls, rear AC vents, keyless entry, push-button start/stop and a host of others as well.

MG Motor is looking at pricing the Hector Plus aggressively in the Indian market, with an expected starting price of Rs 13 lakh, ex-showroom.

Once launched in India, the MG Hector Plus will take on the Toyota Innova Crysta, along with other seven-seater SUV models such as the Tata Gravitas, Ford Endeavour.