This is the second major launch for the German luxury carmaker in just a few weeks after it introduced AMG C 63 Coupe and AMG GT R towards the end of May.

As the previous-gen model, the Mercedes GLS SUV has arrived in India as a CKD (completely knocked down) product. It is being assembled at the company’s Pune based facility. The company has sold over 5,70,000 units of GLS to date globally. In India, the GLS sales have crossed 6,700 units.

The new GLS benefits from a long list of updates that distinguishes it from the outgoing model.

Cosmetically, it has been updated with a new bolder octagonal grille at the front. The new grille is flanked by Multibeam LED headlamps which comprise 112 LEDs (per lamp) and LED DRLs. 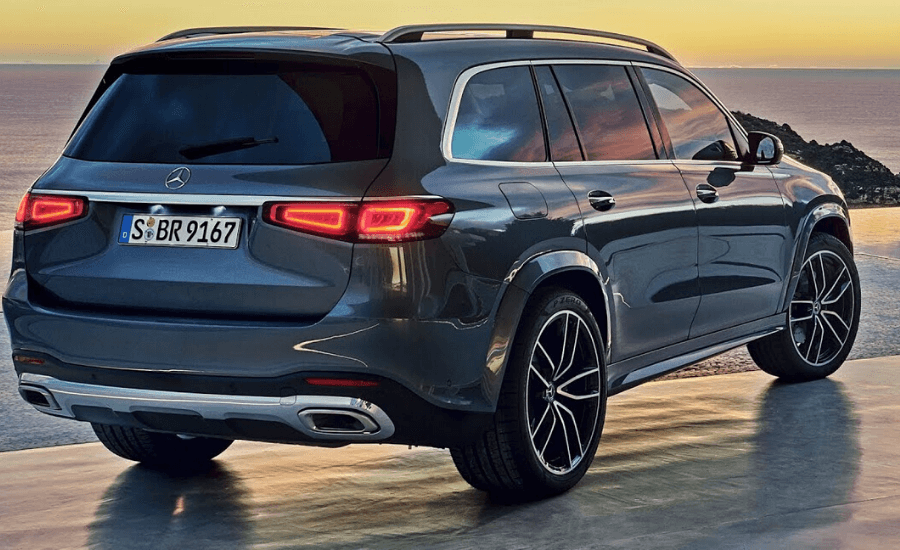 Mercedes GLS SUV gets a larger air inlet grille and a chrome-plated under-guard at the front apron. At the back sits two-piece LED tail lamps with the 3D pattern, and chrome finished twin exhaust tips.

In terms of dimensions, the GLS has now grown bigger for 2020. It is 77 mm longer as well as 22 mm wider. Its wheelbase has also been stretched by 60 mm. Thanks to these tweaks, the SUV now has more space in the second row and an even roomier cabin overall. The vehicle sits on new 21-inch alloys.

The all-new Mercedes GLS SUV has been offered in 6-seat configuration featuring two luxury individual seats in the second row. While the internationally available 7-seat layout gets a bench set up in the second row.

The SUV has also been updated with Mercedes’ latest MBUX system. Some of its features include two 11.6-inch displays for the second-row seats, Mercedes’ latest-gen driver assistance system, heated seats, and 5-zone climate control.

In terms of mechanicals, the SUV gets a new 3-litre six-cylinder petrol engine which is known to deliver 362 PS of power and 500 Nm of torque.

The engine comes with an integrated starter generator for EQ Boost functionality – a first in a GLS. In this format, the SUV is capable of accelerating from standstill to 100 kmph in just 5.9 seconds.

There is also a new 3-litre six-cylinder diesel powertrain that delivers 330 PS of power and 700 Nm of torque. In this configuration, the SUV does naught to 100 kmph in 6.3 seconds.